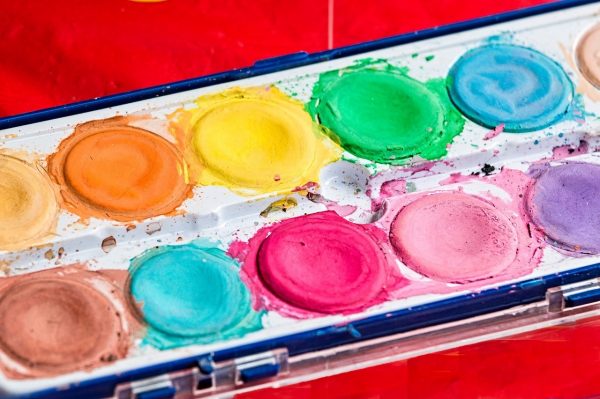 Thank You For Reading

“Teaching is the greatest act of optimism.” – Colleen Wilcox

“Whenever I can read something, I always thank my English teacher. Or I did, until she changed her number to unlisted.” – Unknown

I remember when I decided I wanted to be a writer. In sixth grade, I wrote a story about a little girl mourning her recently deceased pet puppy, and fondly recalling their time together. “Sweet dreams,” she said earnestly to the departed in the final paragraph, “and goodbye.”

It was terrible. A thousand words of the purest, most contrived garbage that ever befouled the pristine pages of the Trapper Keeper of any eleven year-old girl.

I named the damn dog “Princess” and really never explained why it died, only that she found it lying there “all quiet and still” which would lead 51 year-old me to consider the narrator a suspect, or at least guilty of neglect. But I showed it to Ms. Stephens, my 6th grade teacher, and she cried, and squeezed my hand and said she hoped it wasn’t true. I squeezed back and assured her that it was not as I watched, fascinated, while she regained her composure. I handed her a Kleenex.

It was at that moment that I realized the power that the written word had over emotions – to enrage, to enlighten, to devastate  – and I, of course, thought “I have to do that again.” So every chance I got, I hit that poor woman with another fictional tragedy, hoping to again shatter the veneer. Families freezing on road trips. Mothers who died. Children lost in deserts. Horses with broken legs, doomed to be shot. The world was a terrible place for the characters in my stories.

That unsuspecting teacher’s name was not Ms. Stephens, but that is what we are going to call her for the purposes of this essay. In fact, I am not going to use any real names here because I am a writer and I don’t have to. She was not the only teacher to encourage me to write. She wasn’t even the first, but she was the first I drove to tears and that was everything. I’m not sure what that says about eleven year-old me, but I am sure it isn’t good.

That same year I won an essay contest at the school, district and then the city level called “Why I Like to Read.” I somehow understood what the creators of this contest wanted to hear, and I penned a clear-eyed, shining narrative testifying to the power of the written word as an escape from the daily tedium of life. “You can take a trip and you never have to go farther than your favorite comfortable chair,” I wrote, in a voice that was surely reminiscent of a Euell Gibbons Grape Nuts spot from 1974.

The essay read like the sales pitch in a brochure for a vacation timeshare in the Poconos and was also terrible. But Ms. Stephens was so very proud of me, so I felt like it was ok to be proud, too. She was probably relieved that I didn’t kill or maim anyone this time.

I got to read the essay aloud at City Hall. My parents were quiet people, polite clappers and whisperers of encouragement in private conversations on the way to the car or before I went to sleep. The kind who don’t applaud unless everyone else does, and who never, ever whoop. Ms. Stephens told me not to lock my knees because I might faint, whooped like she was at a Chief’s game, and gave me a one-person standing ovation when I finished reading. Sadly, I did not go on to win the state contest, but since there was only one winner, I told everyone who would listen I placed second. Prove me wrong. I am fairly certain that contest was the apex of my writing career, but I suppose there’s still time.

Who was your favorite teacher? Which one did you hate? Any teacher who doubts the scope of their influence only needs to ask anyone either question. There is always an answer, and there is always a backstory. They may forget us, in the sea of bad haircuts and poor hygiene decisions, overzealous science experiments and uninspired book reports, but we remember them.

In third grade, Ms. Lola made my heart sing when she told me how proud she was of a poem I wrote  – and then ruined it a week later when she believed my friend Jimmy when he told her I drew a penis on the chalkboard during recess and she sent me to the office.

It was a ladder with a rounded end. I don’t know why. I was nine – I also drew fish with feet. I had never seen a penis. But now I knew what to look for.

In fourth grade Mrs. Bedelia tore my compulsory watercolor of a Thanksgiving cornucopia in half because I got tired of waiting for her to stop talking and help me fix a spot where the paint didn’t quite make it to the edge of a pumpkin. I painted while she orated to the rest of the class and the half-inch of orange I touched up was several shades darker than the rest of the pumpkin. She yelled at me for ruining my own painting and made me start over and I cried and refused until I had to go the office again. She was a yeller. It was not the first, or the last time, nor was I the only student to stand before her, red faced, with hitching breaths waiting for her to finish a dressing down. She also sang my praises to other teachers and my quietly supportive parents at conference time, which confused me and made me cynical – a condition that I feel I can now claim as permanent. And that’s the only thing I remember about you, Mrs. Bedelia. So there.

Teachers are in the unenviable position of being tasked with underpaid daycare – plus counselor, advocate, constable, spiritual guide, protector, educator, life coach, friend, confidante and they do so with the understanding that they will be questioned for every decision they make, blamed for every negative outcome, and expected to immediately defer to parents who do not know, or care to know, the whole story.

To do that, you have two choices: love it, or fail. You may fail from bitterness or from exhaustion, you may fail from resignation and acquiescence to mediocrity, but if you do not love to teach, you will not make it because nothing else about it will sustain you. The teachers that we love, the ones that we remember fondly, love to teach.

We can hardly expect them not to be human. Even you, Mrs. Bedelia.

In seventh grade I actually lost my beloved dog, a small brown mutt christened “Jacko” after a noble sled dog he looked nothing like, and I immediately rushed into the arms of my favorite middle-school English teacher, Mrs. Faye, crying “my baby died, my baby died” only to raise my eyes to hers to see that she was holding her breath, waiting for clarification, and wondering whether she was going to have to call social services. You can imagine her relief when she confirmed I was talking about a pet. But she opened her heart to me, and became my go-to for my poems and stories and essays. She picked up where Ms. Stephens left off, becoming my most supportive fan. She picked me up and dusted me off when I lost a contest and cheered when I won, or when I’d written something I was proud of, and never, ever turned me away or judged my subject matter – even when it read like I was plagiarizing Edgar Allen Poe. Or Air Supply.

If you look at my yearbooks, you will see that I always reserved a spot for her – I reserved spots for many people, even hopefully stapling pages in the back for the legions of signatures I wouldn’t have. “I don’t really know you, and we aren’t friends, but what the hell,” reads the inscription of a breathtakingly handsome but stupid and cruel boy who once cleverly nicknamed me “Ugly” for an entire summer. I desperately needed the approval of those who withheld it, and with the cloudy logic of the needy and insecure, pushed away those who gave it willingly. Except her. She was my friend.

Every year I would drop my yearbook off in her room, on top of a stack of 50 or 60, and she always returned it with the reserved spot completely filled. I expect she did that for everyone, every year, for as many years as she taught, and the significance of how much of her personal time she must have spent on that task did not hit my radar until many years later.

“What a creative, talented, creature you are!” her inscription says. “I hope I will get to stand in line for your autograph, and I can tell everyone you were in my 7th grade English class. Remember: there is nothing wrong with being known as a nice, good person – those are the rarest kinds of people. I promise that you will understand that someday.”

I hope that she would not be disappointed.

4 thoughts on “Thank You For Reading”