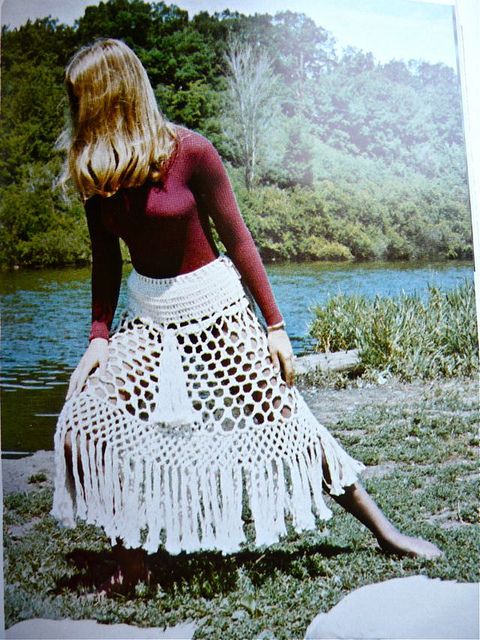 The One That Ties it All Together

I have the same choice today that I have on most weekdays: I can make $160 today writing garbage, or I can pour a bunch of energy into something I will probably delete. Some days, the choice is between $110 and finishing a good idea that might get published for $50. Every day, after I have claimed all the paid work assignments that I can (a process which is hard to explain and is like a game of hungry hungry hippos only you can’t see your opponents), the choice is the same – make money, or make art. I use “art” pretty loosely here. We can call it crafts if you want. Macramé. I know how to macramé. I macramé plant hangers, only with words. I can even do that nifty spiral macramé knot. In fact, the writing equivalent of the spiral knot might be my only talent. 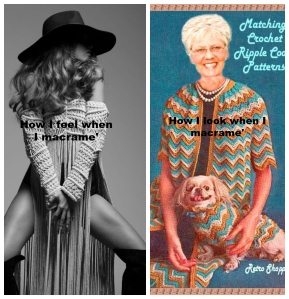 Yes, I know that one or both of those is crochet. Who asked you?

Somedays, there is no paid work, so the choice is clearer. On those days I have to find something I want to write about, that I am willing to publish, which presents a whole series of choices. Is it my story? Am I exploiting a story in which I am a peripheral character? Is that even a thing? If the story is (mostly) fiction, then no, it isn’t a thing. Do I have the perspective to tell the story as a middle-aged (that phrase gets more delusionally optimistic every year), middle-class white lady with a blonde bob?

If the story is true, and I’ve determined I can ethically tell it without compromising the trust of my family and friends – do I really want to? Do I really want to throw a particularly harrowing teen parenting story out there for people to judge the choice I made? Do I really want to shine a spot light on my marriage, my politics, my family, my home and attract subhuman voids who really just like to break shit and threaten people? Or people on my “side” who want to argue the parts they don’t agree with? The answer here is generally no. I recognize the anticipatory drama here for what it is – I’ve never been attacked online by more than a few angry commenters, most of whom didn’t have the intellect of sealing wax and went away when you ignored them. I have a friend who once put this in perspective for me, but the story doesn’t have the zen effect it once did: I was preparing to publish an early essay with very personal information on a site that, in my newbie naivete, I thought was bigger than it was. I was worried – really worried – about who might read it and what might happen and had been ruminating for hours. She said ” You mean when Lifetime makes a made for TV movie out of your first published essay ever? Yeah, I can see why you’d be concerned.” And everything snapped into focus and I didn’t worry about that again for a couple of years.

But I have another friend who received pictures of dismembered body parts and was featured in a graphically violent rape and murder story written as retribution for offending some talentless woman-hating blowhard. I have another friend whose facebook post got her on Ellen, another still on the Today show. It’s a weird world, and it feeds my anxiety like Pixie Stix to a toddler. I have found it to be creatively paralyzing. Yes, I know I’m overthinking. Do you see why I am tired all the time?

So some days, in spite of free time and the best of intentions, I get nothing done.

On days like that, I return to one of the essays that I have in my draft folder, that I think it well written. Then I spend an inordinate amount of time wondering if it’s actually good or I just don’t know good when I see it. I like cream cheese, cheezy poofs, pepperoni pizza and sometimes I eat a ramekin of hot fudge with my fingers just because I can. I DON’T REALLY LIKE WINE. I don’t like black coffee. I don’t like oysters and I’ve never tried them. Why try to appreciate something that makes you want to barf from its appearance? See? Can I really trust my taste in anything?

This quote, that I have added to a picture from a trip to CO and framed, one that I just spent half an hour looking for and almost unravelled this whole macramé plant hanger over is going up on the wall in my new office.

“Don’t be so humble, you’re not that great.”

Usually by now I’ve run out of time and have to start the job that pretends to pay the bills, my kids are getting home from school and the window of creativity is closed. But tomorrow is another day.

I’ve been here for a long time, and I am tired of it. These last few paragraphs have been the easiest thing I’ve written in months.

And I’m pretty sure I built this house. This fortress. And if I did….

Sorry. Sorry. I love his little smoldering smile there at the end.

Where was I? And did I say “in my new office” back there a bit? I think I did. Why would I say that? Indeed, why would I?

People, we are almost there. I know, I can’t believe it either. I hear the sound of drills and saws coming from the basement. Not ready to exhale yet, still too many hurdles but I am willing to say that I will probably have an office at some point in the very near future. 🙂

And then I can’t use “lack of office” as an excuse anymore. It’s interesting, tho, how I make excuses for “not writing.”

I am writing. You are reading it.

I was published on a couple of sites this year, both paid, and I was in two anthologies. I just finished an essay for a contest and I’m really going to try to have a stand-up routine for the Erma Bombeck Writer’s Conference in April. It’s like I have this picture of how my writer’s life should look, how the things I produce should look and when they don’t, I can’t give myself a break.

I am really good at finding reasons not to write – but I recently read some la-dee-dah crap about how “if you really wanted to write, you wouldn’t allow these things to distract you.” Life distracts me. Sometimes I let it, sometimes the “choice” is no choice – I can be a “writer” or a shit parent, a non-contributor to my home or my marriage and I feel like if being the first makes you the second, then maybe “writer” isn’t what defines you.

Anyway. This concludes my promise to post once a month for 2019. I took a respectable swipe at my other goals save one: I now have three days to be featured in the NYT or O or one of those other goal pubs.

Doesn’t look good for me.

For next year, none of my goals include blogging. Don’t know what that means. Don’t know how to end this.

So I wrote the title BEFORE I rambled into the macramé reference. So my pun is purely accidental. 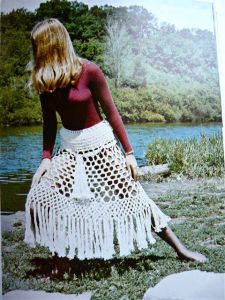 What is she doing?

7 thoughts on “The One That Ties it All Together”